Until last December, I had never heard of Carrie Chapman Catt, but this amazing suffragette deserves to be remembered. Without her hard work, who knows when American women would have gotten the vote. If you are a history lover, make sure to stop at her girlhood home outside Charles City, Iowa.

A Stop at the Carrie Chapman Catt Girlhood Home

One of the things I love most about traveling is the amazing learning that happens with each and every trip. This is the girlhood home of Carrie Chapman Catt, a determined women who worked tirelessly during the late 1800 and early 1900s to give women the right to vote.

As part of a fun Winter Glamping Getaway at Red Cedar Lodge in Charles City, Iowa last December, I visited Carrie’s girlhood home. I’d love to take my family back in the summer. It’s an inspiring place to visit.

A defining moment happened at this farm when Carrie was 13 years old. Her father and his hired man were going to town to vote in the 1872 presidential election. She asked why her mother wasn’t going to vote too, and her father told her voting was too important a civic duty to leave to women. Can you even imagine??

After that, Carrie devoted her life to women’s suffrage. She went to college at a time when most people (women especially) did not. She worked as a law clerk, a teacher, and a principal. In 1883, she became a superintendent of schools, one of the first women in the nation appointed in this role.

It took 144 years after the US became independent for all women to be guaranteed the right to vote.

When Carrie was a girl, not only could women not vote, they also couldn’t keep the money they earned for themselves if they were married. They couldn’t own property. They weren’t allowed to keep their children in the event of a rare divorce. All of these facts combined make her accomplishments even more remarkable. I can’t fathom what life was like for women during Carrie’s lifetime.

A bit about the Carrie Chapman Catt Girlhood Home

Carrie’s family built and moved to this house from Wisconsin in 1866 when she was seven years old. Her family lived here for an number of years, and Carrie was married in the house in 1885. In 1891, the Lane family sold the home.

By 1991, it sat empty and neglected, in danger of ruin. It was sold to the non-profit National 19th Amendment Society and Preservation architect Bill Wagner and supervised the restoration. 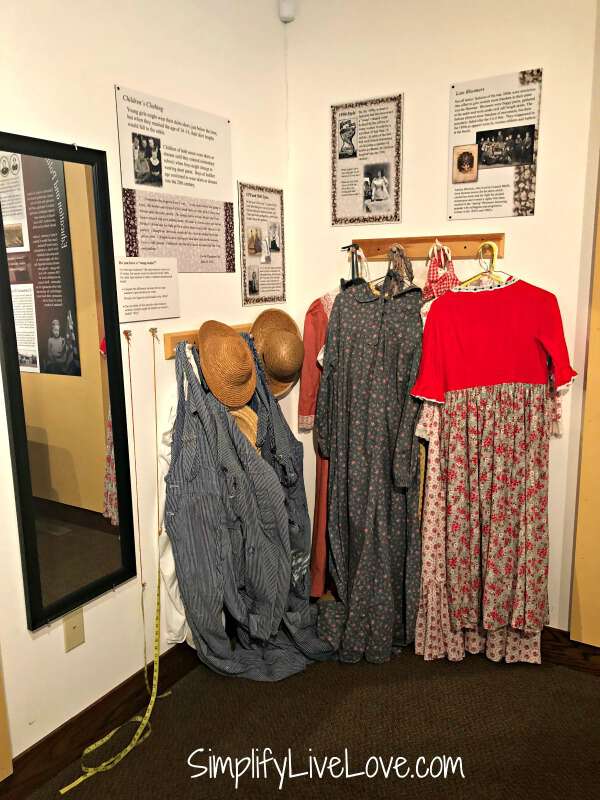 In addition to the restored home that is dedicated to Carrie’s work on women’s suffrage, there is also a visitor’s center with interactive displays and fun events from throughout the summer. Kids will enjoy trying on period costumes and measuring their waists. Did you know that in 1890, the maximum desired waist size (for women) was 18 inches? I don’t know when I last had an 18″ waist, but was probably pretty darn young.

The Carrie Lane Chapman Catt Girlhood Museum also features a restored prairie perfect for exploring. Iowa used to be almost all prairie, but with the advent of modern agriculture, most of it has been turned into corn and soybean fields. Families will enjoy heading out in September for the annual apple picking day from the heritage apple farm still in operation. I would love to go to that and I know my kids would enjoy it too!

To learn what else you can do in Charles City, Iowa make sure to read this post!

Do you enjoy learning about history when you travel? What’s been your favorite learning experience?